A teleconference is a live exchange of information between several people who use machines that are remote from one another, but are joined by telecommunications. Audio conferencing, telephone conferencing, internet conferencing, and phone conferencing are also referred to teleconferencing. Many businesses make use of this service because it enables business people to speak about ideas or plans, no matter where in the world people are. They can be done at any time with anyone so long as it is scheduled when everyone can be present.

The technology used for teleconferencing varies. A basic way to teleconference is by using phones. You can do so by connecting multiple telephones so that professionals can speak over the phone as a group. Business teleconferencing can include more sophisticated audio systems, such as video feeds that allow people to see each other during the conference, and data feeds so that people are enabled to exchange documents and other materials while they conference.

Internet conferencing is by far the most popular form of teleconferencing. Using VoIP, people can converse over the Internet effectively. Businesses and their needs are growing and thus the need for an effective way to meet with other professionals is essential. Teleconferencing using a service such as InterCall saves time and money and is a much more convenient way for several people to meet at once.

Business teleconferencing enables people to call meetings on short notice and it ensures a higher level of attendance. People do not need to show up in the same physical location. People can be added to the conference easily when it is required. Businesses can opt to make use of tools like conference rooms if they want a more professional experience. People in different locations can speak together in multiple conference rooms by conversing over audio and video feeds.

Large projects will usually need the efforts from a given number of people. These people often live in different parts of the country and thus different time zones. They may also work in different environments and they would have different schedules. People in the past were forced to travel to the location of a meeting, or to use technology that is less equipped for effective conferencing with other business people. Business teleconferencing is so simple by making use of the Internet. It allows people to respond quickly to changing business needs. It not only reduces time and money, it also cuts down on stress. 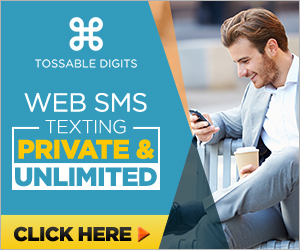